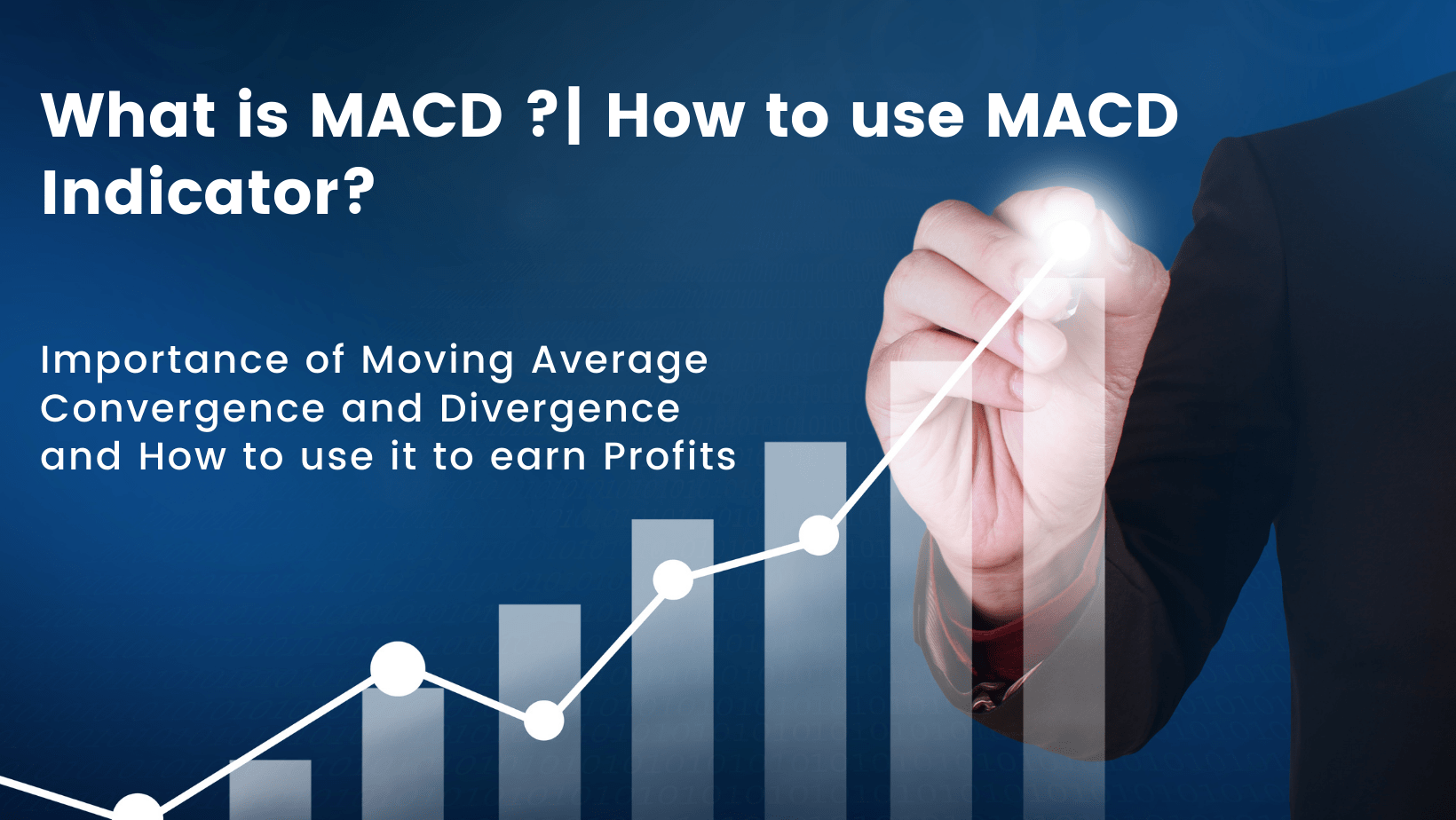 Moving Average Convergence and Divergence or MACD is one of the most appreciated technical indicators in the world. MACD is a momentum Oscillator but unlike most oscillators, it is not used to identify overbought or oversold conditions. It is a trend following indicator which shows the relationship between 2 Exponential moving averages.

It appears on the chart as two lines that oscillate without boundaries. These 2 lines are 1. “MACD line” and 2 ”Signal line”. MACD line is calculated by subtracting 26-day ema from 12-day ema. Whereas a Signal line is a nine-day ema of the MACD line. . The crossover of the two lines give trading signals similar to a two moving average system.

MACD is calculated by subtracting the long-term EMA (generally a 26-day ) from the short-term EMA ( generally a 12-day). EMA is a type of moving average that puts more emphasis on the most recent data.

How Does MACD work?

A MACD generates Signals on crossovers.

A MACD is bullish when:

How to Trade with MACD ?

The histogram is the most important part of MACD. When the price is moving strongly in a direction, the histogram will increase in height, and when the histogram shrinks, it is a sign the market is moving slower. This means that as the bars on the histogram move further away from zero, the two ema lines are moving further apart. this is a signal that the ema’s are tightening again, which can be an early sign of potential crossover

This strategy provides traders with an edge as it can be executed even before the movement actually takes place.

This method should be used carefully because it is delayed in nature, choppy markets would often see the signals issued too late. However, as a tool for providing reversal signals of long sweeping moves, this can be very useful.

If the MACD crosses the zero line from below, it indicates a potential uptrend, while the MACD crossing from above is a signal that a new downtrend may be starting.

MACD is one of the most popular indicators amongst technical analysts. MACD has 3 components: two moving averages and a histogram. if the two ema’s come together, they are said to be ‘converging’ and if they move away from each other they are ‘diverging’. The difference between the lines is represented on the histogram

There is no best time to use MACD, as it’s completely down to personal preference and each individual’s trading plan.