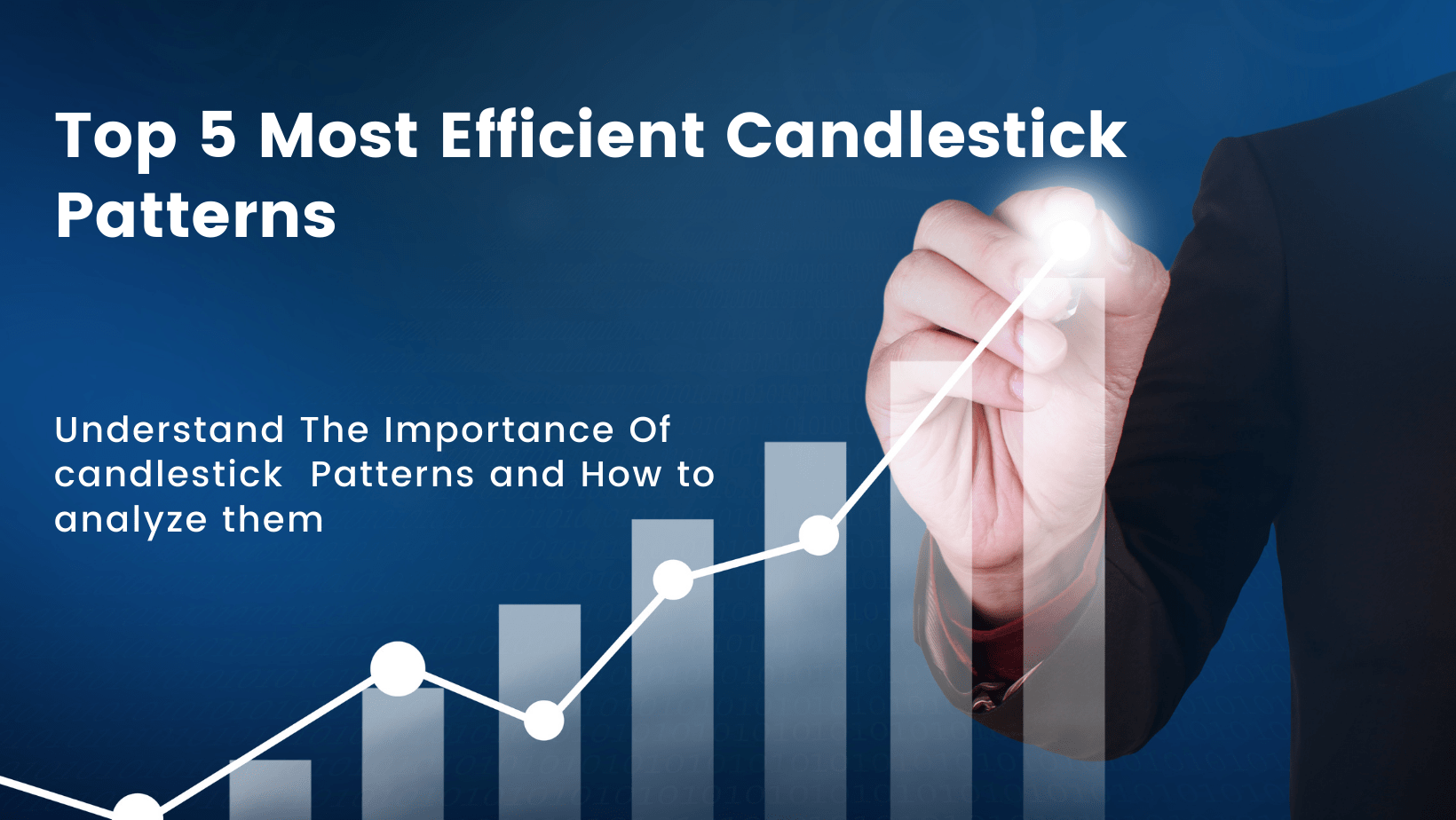 What is a Candlestick?

Candlesticks Patterns are one of the most popular components of technical analysis. A Candlestick is a type of price chart. Japanese rice merchants and traders used to track market prices using candlesticks for hundreds of years. Sir Steve Nison Introduced them to the western world in his famous book “Japanese Candlestick Charting Techniques”.

A Candlestick consists of 3 components

Candlesticks are formed by upward and downward movements of the price. While this price movement generally looks random. But sometimes it forms several recognizable patterns. these patterns when formed by multiple or in some cases single candlesticks are referred to as Chart patterns

The efficiency of Candlestick patterns has suffered a lot in the last few years because of the hedge funds. These well-funded organizations work against retail traders and traditional investors. However, few reliable and trustworthy candlestick patterns continue to appear on charts.

Here are 5 of the most trustworthy and reliable Candlestick patterns:

Three white soldiers is a reliable reversal candlestick pattern when confirmed by other technical indicators like the relative strength index (RSI). The pattern is formed by three consecutive candlesticks that open within the previous candle’s body and close that is above the previous candle’s high. These candlesticks preferably should not have long shadows. In conclusion, The three white soldiers’ candlestick pattern suggests a strong change in the market. which means that it usually appears at the end of an existing trend.

This candlestick pattern indicates a potential reversal in the trend. the pattern consists of two candles, As the name suggests the second candle ( green) should completely engulf the body of the previous red candle. A bullish engulfing pattern generally appears at the end of a downtrend. In my opinion, the Bullish engulfing pattern is one of the most reliable candlesticks patterns.

A Hanging man is a single candle-candlestick pattern, A hanging man when appearing at the end of an uptrend indicates a potential down move of the market. the formation of this Candlestick pattern reveals that the bulls were unable to take the price up. In conclusion, it signifies that the sellers are stronger in the market and the existing uptrend may end.