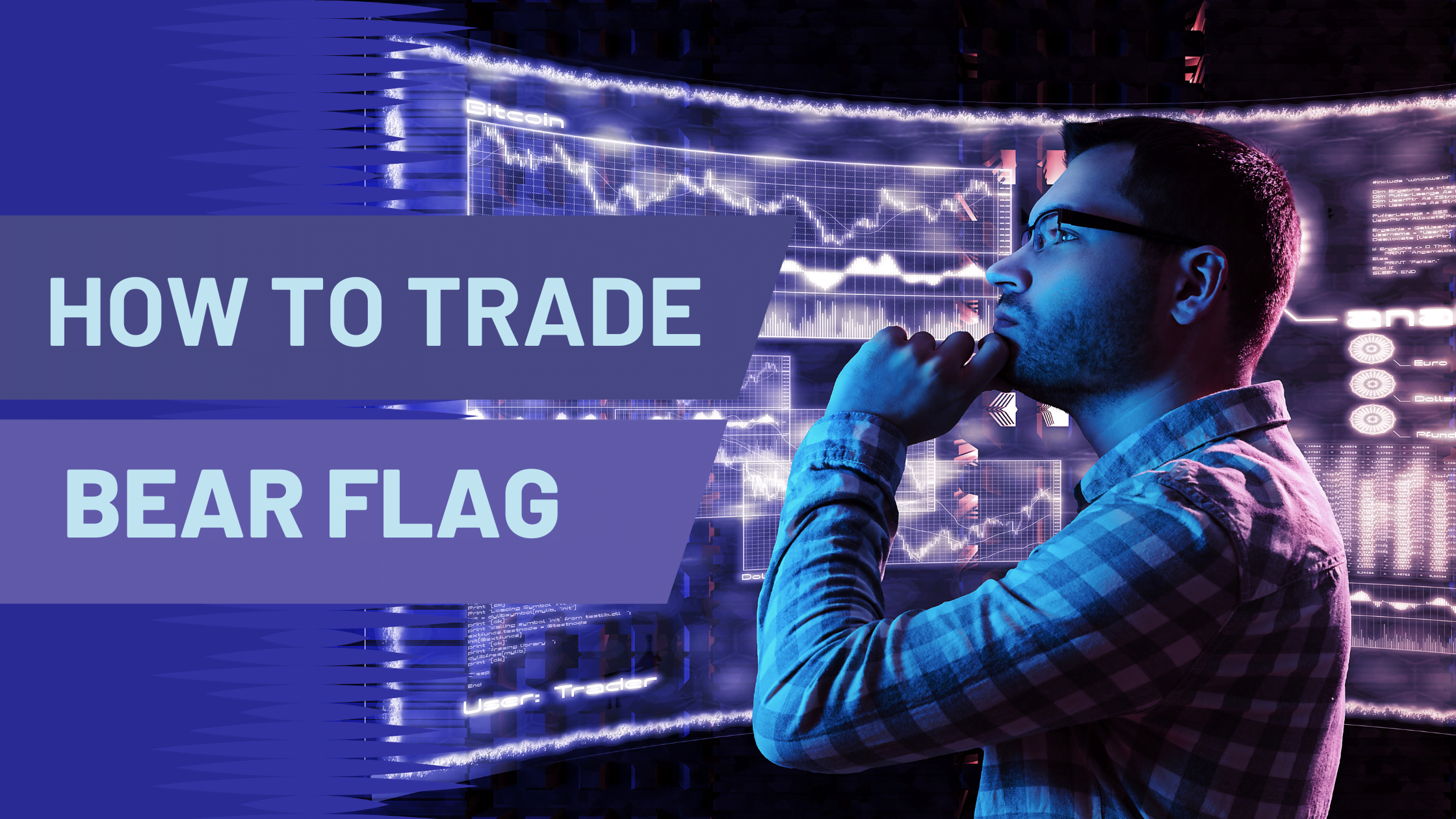 What is a Bear Flag? 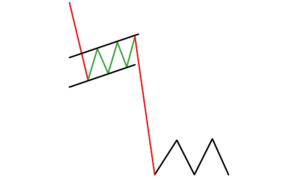 How to Identify a Bear Flag Pattern

Recognizing a bearish signal is simple if you are aware of the elements. The bear flag consists of 3 components.

1. Pole: A pole in the bear flag is a series of lower lows and lower highs. It is the initial down move.

2. Flag: The Flag is a period of consolidation after the pole. During the period, the price is generally slow and may or may not channel upwards.

3. breakout: A bear flag chart pattern is confirmed after the breakout. A break out is when the price breaks and closes below the consolidation zone. 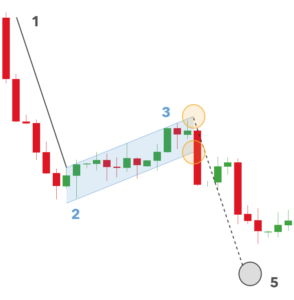 Trading with the bear flag is fairly simple. After spotting the bearish flag, traders should wait for a breakout before taking a short position. Many traders believe in taking a short position on a pullback inside the consolidation channel. However, It is recommended to trade only after a breakout. As the pattern only activates after the breakout.

A bull flag works better when combined with other technical tools and Indicators, like moving averages, RSI, and Fibonacci retracement.

How Reliable is the Bear Flag?

A bear flag pattern is a useful tool for traders looking to capitalize on bearish market trends and is one of the most reliable chart patterns. However, it is important to note that no chart pattern is 100% successful, which is why it should be used in conjunction with other technical analysis tools to confirm the bearish trend.

The bear flag is a technical charting pattern used to identify a potential bearish trend continuation in the stock market. The pattern is a variation of the flag chart pattern and is characterized by a rapid sell-off followed by a period of consolidation before the downward trend resumes. Technical analysts use the bear flag pattern to identify entry and exit points in bear markets. Trading with the bear flag is fairly simple for traders looking to capitalize on bearish trends. However, it is important to note that no pattern is always 100% which is bear flag should be used in conjunction with other technical analysis tools to confirm the bearish trend.

Learning, Remebrig and  identifying all these chartpatterns can be overwhelming for traders, to help you identify and confirm chart patterns here is Chart pattern cheat sheet