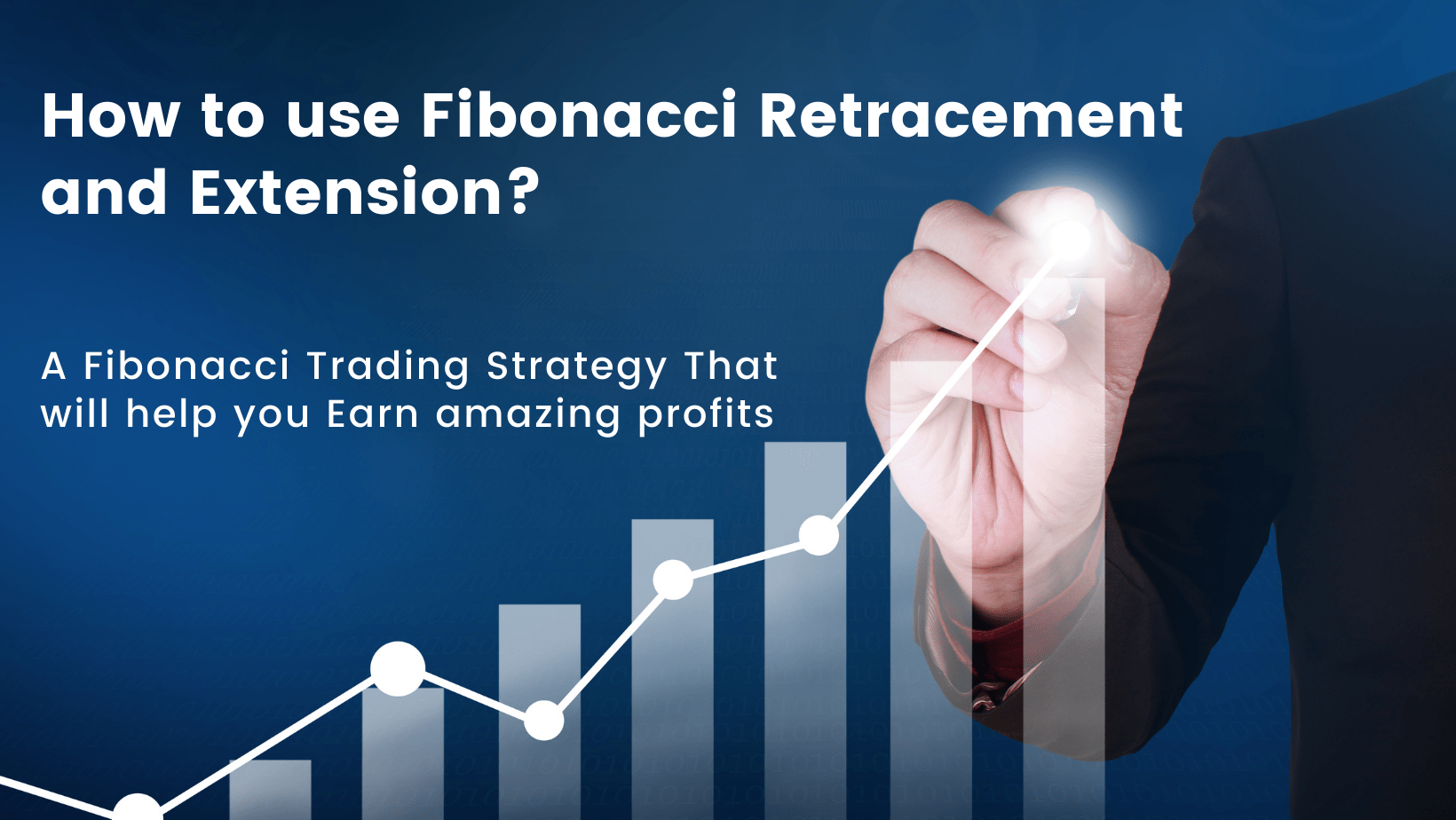 What is Fibonacci Retracement ?

Fibonacci retracement is one of the most popular tools among technical analysts. It is generally used to figure out possible support and resistance levels. These levels are horizontal lines representing a percentage based on the Fibonacci sequence, A mathematical formula founded in the 13th century.

How to Use Fibonacci Retracement ?

What is the Fibonacci Extension?

How to Use Fibonacci Extension?

How to Trade with Fibonacci?

While trading with Fibonacci retracement and Extension It is essential to understand that Fibonacci Levels are a confirmation tool. Due to this reason, Fibonacci is best used alongside other technical tools and indicators such as Trend lines, RSI, Volume, Moving averages, and MACD. A signal is only trustable when confirmed by multiple Indicators.

Here is an easy yet effective Fibonacci trading strategy:-

Plot a Fibonacci Retracement by connecting the lowest and the highest point in an uptrend. Set the grid to show horizontal lines representing 23.6%, 50%, 38.2%, and 61.8% Fibonacci Retracement levels. Now, wait for these horizontal lines to act as a retracement zone during a pullback. take up a buying position at these retracement points, Put your stop loss at the very next Fibonacci level. Use the Fibonacci extension or Trend based fib extension tool to Determine the exit or the booking point. Plot the Fibonacci extension by joining the high, the low, and the retracement point. Horizontal lines will appear on the chart, each line represents a Fibonacci Extension level. Consider the 0.618 level as the ideal target or exiting point. However in a strong Bullish market Price may sustain above the 0.618 level, In which case a trader can aim at the above levels after trailing the stop loss below the 0.618 level.

Another popular method of Trading with Fibonacci Retracement is to Combine it with the well-known MACD indicator. In this method, we try to catch points where price interacts with important Fibonacci retracement levels in conjunction with MACD crossovers. we treat these points as our entry signals. we hold the stock until we see another MACD crossover from the opposite direction. Another way of identifying an exit point is to Use the Fibonacci Extension tool and mark 0.618 Fib extension level as the Target.

Fibonacci Retracement and Extension are harder to trade than they look. These levels are best used as a tool within a broader trading system. Not everyone is a fan of the Fibonacci tools, Some people consider them as “Just another hyped indicator” However even for the skeptic Fibonacci can add an extra level of insight to potential market turning or continuation points. Which one might not be able to foresee at a glance.